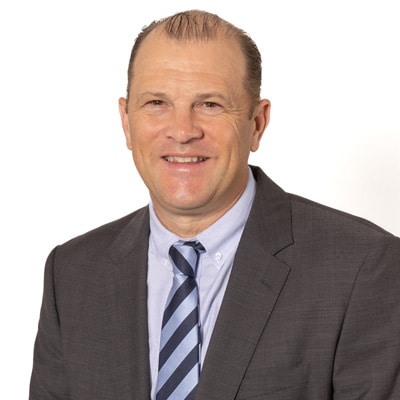 Cliff commenced his legal career in Scotland in 1997 and has gained a reputation in Australia as being as an astute, pragmatic, and dynamic solicitor who has extensive litigation experience. This reputation was gained whilst employed with Australia’s largest Insurance Law firm, Moray & Agnew and when a Partner in another prominent Insurance Law Firm, Lee & Lyons before joining Salerno Law in 2015.

Cliff has significant experience and an extensive background in the Construction Industry. He has utilised this experience when performing his duties as the Managing Director of one of Scotland’s largest private Civil Engineering Firms.

In addition to being an Accredited Specialist (Law Society of NSW), Cliff is also an Accredited Mediator and a Reserve Legal Officer in the Australian Army, where he currently holds the rank of Captain.

Cliff holds various board positions including acting as an independent director for several non-for-profit indigenous entities and as a non-executive Director for Australia’s fastest growing clothing and apparel company which is currently preparing for an IPO.

In addition to his passion for the law, Cliff also has a keen interest in sport and in particular golf where he holds a current handicap of 1.  Combining these interests Cliff sits on several sporting disciplinary, judiciary and integrity committees including Football Queensland, Gold Coast Soccer, Basketball Australia and Gold Coast Rugby League. Cliff also regularly provides legal advice to various sporting organisations and entities, in addition to several high profile professional athletes.